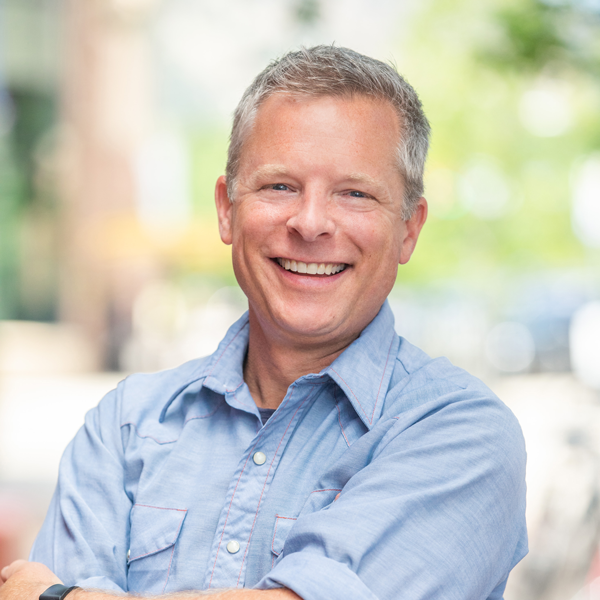 With a fresh degree from Vanderbilt University, Rick followed the well-trod path of an English major and started his career implementing enterprise-wide financial applications.  After chapters at both Ernst & Young and IBM, and tackling roles with increasing emphases on strategic planning and execution, Rick learned at least three things.  First, he has a previously unknown aptitude for data.  Second, he enjoys building things.  And third, flying to work every Monday is not as glamorous as it seems.

Seeking a shorter commute, Rick decided to exit the consulting world and pursue opportunities in commercial real estate.  For the following decade, Rick managed real estate acquisitions and investments, as both a principal investor and a third-party advisor to institutional owners.  It was during this period that his wife & business partner, Emily, founded TruNorth Consulting.

From the beginning, Rick was involved in supporting TruNorth and helping shape the business.  As the company grew, so did Rick’s involvement.  In 2014 Rick decided to join TruNorth as a full-time member of the leadership team focused on supporting growth and change.

Rick lives in Boulder, Colorado with his beautiful wife, two sons, two dogs, and an aging Volkswagen van.  He enjoys trail running, making things with his hands, playing guitar poorly, and playing drums semi-well in a local band.  The band is unsigned at the time of this writing.

Q: What are your main responsibilities @ TruNorth?

A: Supporting the business, and our customers, through growth and change.  A large portion of my focus is on developing and refining our foundational applications and exploring ways to provide additional value to clients.  Frankly, I solve problems large and small.

Q: What is your favorite part of your job?

A: I love building things and solving puzzles.

Q: If you could only listen to one album for the rest of your life, what would it be?

A: If I were on a sinking ship, with my entire music collection at the ready, and I could only take one recording in the lifeboat, I would very hastily make a mix tape consisting of the following: Physical Graffiti, Led Zeppelin, London Calling, The Clash, Hot Rats, Frank Zappa, Zen Arcade, Husker Du, Trace, Son Volt, Double Nickels on the Dime, The Minutemen, A Ghost is Born, Wilco, Blood on the Tracks, Bob Dylan, Furnace Room Lullaby, Neko Case.

Q: Are you a night owl or a morning person?

A: The morning is where it’s at.

A: “There’s a better way” is my mantra.  That said, a more commonly voiced phrase is “have you Googled it?”